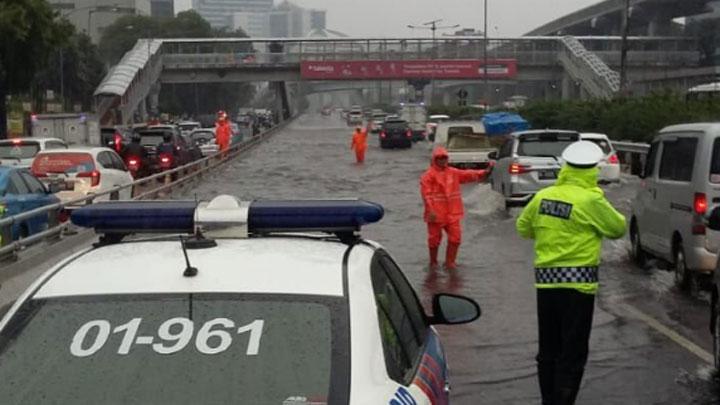 TEMPO.CO, Jakarta - President Jokowi responded to yesterday’s floods across several Jakarta areas and maintained that the government is finalizing the construction of a reservoir in the area of Bogor.

“We are in the process of building a dam that will be called Sukamahi and Ciawi in Bogor [to overcome flooding]. It will be completed by the end of next year,” said Jokowi in a dialogue with reporters at the Novotel Hotel in Balikpapan, East Kalimantan today.

The president argues that issues regarding Jakarta’s floods will be able to be overcome once the reservoir is completed. He also mentioned the widening of Ciliwung River that narrows once it enters Jakarta.

The reservoirs are part of the national projects by the Public Works and Public Housing (PUPR) Ministry that is scheduled to be completed by the end of 2019, along with 13 other dams.