Among the many plants at the Bogor Botanical Gardens in Bogor, West Java, the anggrek bambu, or bamboo orchid, is arguably one of the most interesting.

A rare species, this gorgeous, tiny white flower that lives on bamboo clumps is known for heralding the end of the dry season whenever it appears. 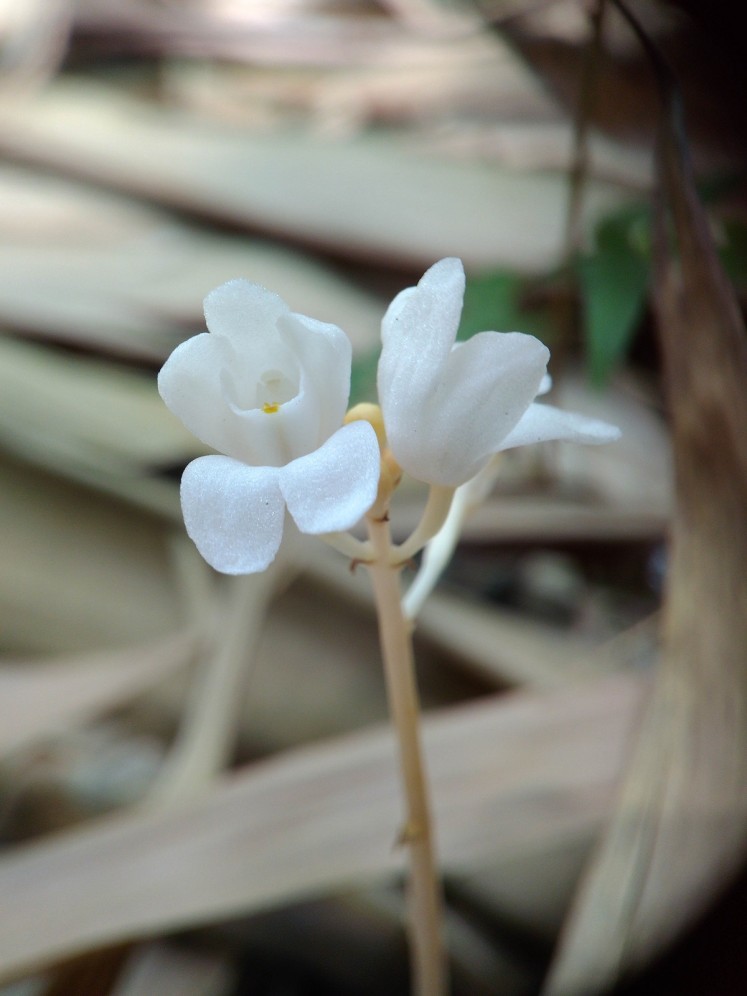 The gorgeous bamboo orchid that is rarely seen even by the gardens' employees is pictured on Oct. 4. (JP/Theresia Sufa)

The Didymoplexis pallens is not an endemic species, as it spreads quite far and wide, including in Southeast Asia.

Anggrek bambu is known to have grown at the Bogor Botanical Gardens since the Dutch colonial era, particularly the 1900s. Belgian-born Dutch botanist Johannes Jacobus Smith (1867-1947), who used to head the Herbarium Bogoriense, Southeast Asia's oldest herbarium located in Bogor, wrote about the species in one of his books.

Researcher Sofi Mursidawati, who studies rafflesia as well as anggrek bambu at the Plant Conservation Center of the Bogor Botanical Gardens, called it the “invisible orchid” as it only appeared at certain times, hence it is described as antara ada dan tiada (between existent and nonexistent).

Its seasonality is due to its symbiotic dependence on a certain fungus species for nutrition. If the flower gets enough nutrition, it will bloom.

The species is also known as the achlorophyll orchid, since it doesn't have leaves as a photosynthetic tool. It is a flower without roots, only tuber, and it is only spotted when blooming.

The orchid only appears at the beginning of the rainy season or at the end of dry season, and will only bloom for one day. Due to this characteristic, some species of achlorophyl orchid families in nearby countries are dubbed "ghost orchid" as they don't have any green leaves.

"For me, anggrek bambu's complicated existence as it is dependent on things that are very specific and rare, namely its symbiotic fungus and insect pollinators, which leads to a higher risk of extinction, makes it very special. If its habitat, the bamboo clumps, is ruined, it will be gone as well. The orchid cannot live in just any bamboo clumps; in the Bogor Botanical Gardens, for instance, it can only be found on bamboo clumps in an area behind the Bogor Post Office," said Sofi.

As it blooms for only one day, people rarely see the flower, including the employees of the gardens.

A visitor from Ciomas, Bogor, West Java, recently told The Jakarta Post that she had never heard of the orchid despite being a frequent visitor of the gardens.

Your premium period will expire in 0 day(s)