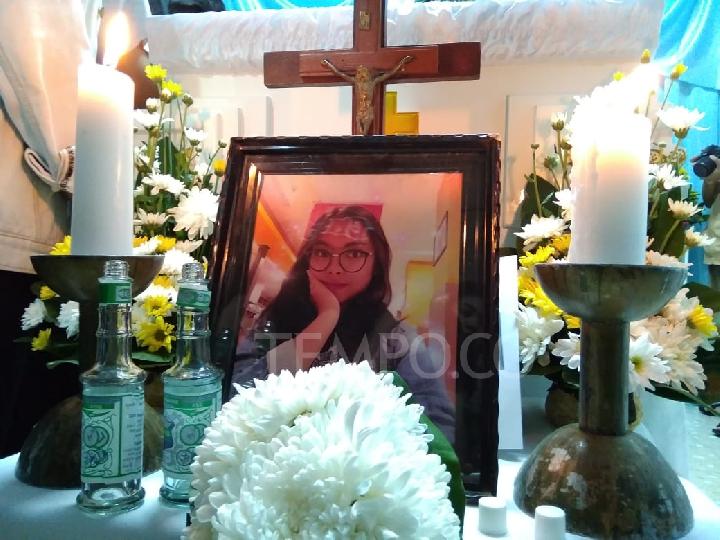 TEMPO.CO, Jakarta - The murder case of female vocational student, Andriana Yubelia Noven Cahya, in Bogor has stagnated for a year. Father of the victim, Yohanes Basko Wijanarko, has expressed his concerns on the police’ inability to apprehend the perpetrator, even though his face has been identified.

“As the father, I am very upset with (the lack of progress in) my daughter’s murder case, that after a whole year, is yet to be solved and the perpetrator apprehended by the police,” Yohanes said to Tempo, on Thursday, January 9th 2020.

Yohanes has voiced his bewilderment as to why the police have yet to apprehend the perpetrator. While, according to him, the case is purely a criminal one and the face as well as the actions of the perpetrator, as he committed his vile deeds, has been recorded by a nearby housing complex CCTV.

“This case has to be solved, as we hope that law in Bogor is not dead and the case not dismissed,” he said.

Noven, as the victim was commonly known, passed away on December, 29th 2018, as she was on her way back to her residence on Riau Street, Baranangsiang Complex, Bogor.

Yohanes had previously complained to President Jokowi and Tito Karnavian, while the latter was still Chief of Police. However, his social media complaints were not well received, as it made no impact in the progress of the case.

The Bogor Police has stated that they had previously involved America’s Federal Bureau of Investigation (FBI) to assist in analyzing the CCTV footage. However, the effort was equally futile in solving the case, as the resolution of the footage was deemed to be of a low quality.