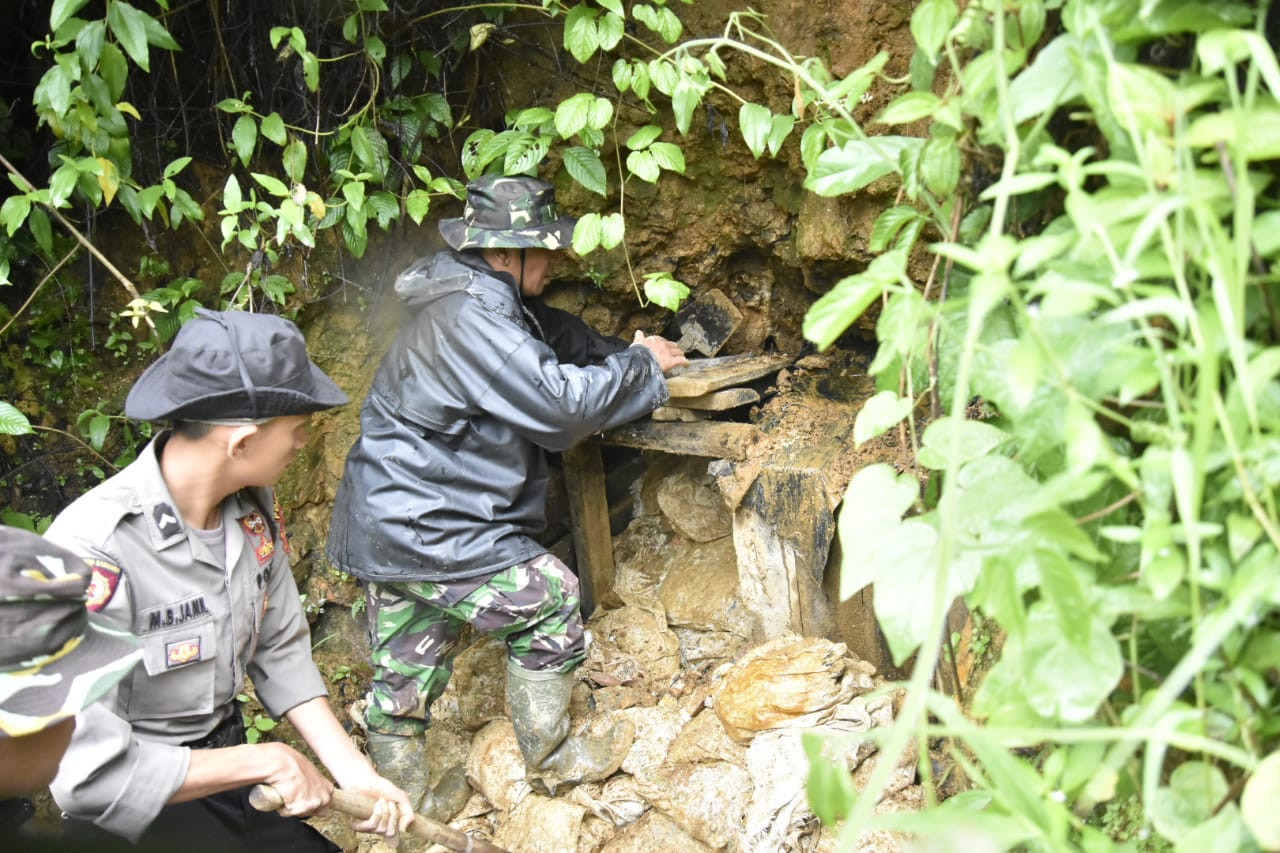 A joint operation involving 700 security personnel was held over the weekend to close down 23 holes from illegal gold mining activities within the area of Mount Pongkor in Bogor regency, West Java.

She said the operation to shut the illegal mining holes was to enforce order and protect the environment, especially following a string of natural disasters in the regency.

The illegal mine holes were mostly located around bushes, each within 5 to 10 kilometers from each other, scattered in two different blocks in the mountain area. Authorities had to go up steep hiking trails and crossed the river to get to the illegal mining locations, she said.

Read also: Five dead after landslides at illegal gold mine in Bogor

"Such illegal gold mining activities have damaged the environment and caused natural disasters. They have violated Law No. 4/2009 on mineral resources and coal mining," she said.

Last month, the Bogor Police arrested two people after they were allegedly caught red-handed carrying out mining activities without a permit following an investigation by authorities to find out the cause of massive flooding that struck Sukajaya district in the regency on the first day of 2020.

The police suspected illegal mining activities in Bogor had contributed to the floods, tempo.co reported.

Pongkor is known to attract miners searching for gold despite their lack of skills and proper tools.

Last year, at least five people died after being buried by landslides at in an illegal gold mining area in Pongkor following hours of heavy downpours. It was not the first fatal incident as 12 miners died in a similar accident in Pongkor in 2015. (afr)