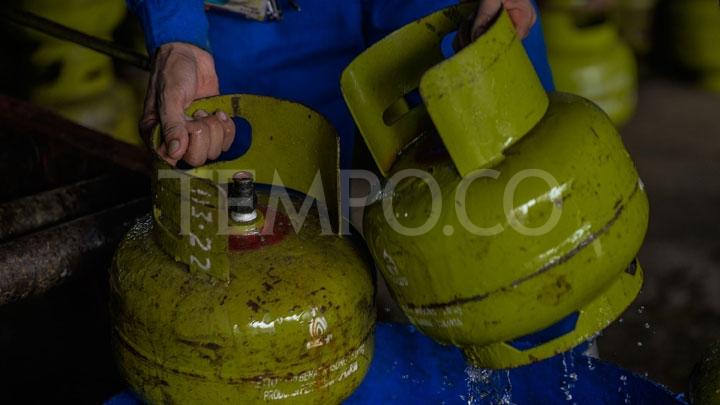 TEMPO.CO, Jakarta - Many of the lower-income groups have suffered from the social restriction policies the government imposed to combat the spread of coronavirus,  which forced some to resort to crimes. This was the case for a man in Bogor, West Java, who attempted to rob a gas cylinder from a local store after he claims he and his family have not eaten for two days.

The man identified as O.M. (30) resorted to theft after arguments arose between him and his wife at home due to him not able to provide anymore for his family after he was laid-off from the footwear factory he used to work amidst the pandemic.

However, he was not successful and was caught red-handed by the store owner and was eventually chased by store visitors and people nearby before receiving a beating from the angry mob.

“I had no choice. I just wanted to feed my child. I initially aborted my intention to steal the gas cylinder, I didn’t have the heart to do it,” said O.M. at his home in Cijeruk, Bogor District.

O.M. said that he attempted to steal under desperation to feed his wife and toddler. Prior to his short-lived career as a criminal, the man had no criminal records and maintains that what he did was due to starvation.

His claims for not having committed any criminal offense prior were confirmed by his neighbor and childhood friend Dani (31) who attests that O.M. is a man who can think of legal ways to look for alternative incomes.