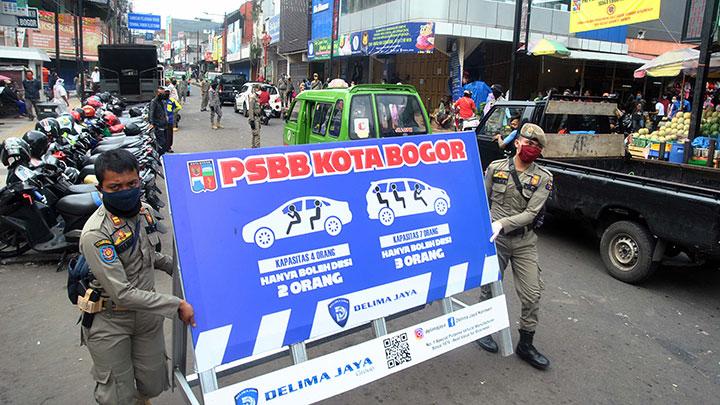 TEMPO.CO, Jakarta - The Bogor administration was preparing regulations and sanctions in a bid to more strictly enforce the Large-Scale Social Restrictions or PSBB as it had officially proposed the third phase.

Mayor Bima Arya said the formation of rules and sanctions was being drafted by the city administration’s law agency and will be finalized soon. “It’s not complete yet, still being drafted,” Bima told Tempo on Monday, May 11.

According to him, the rules and sanctions will be issued in the form of Mayor Regulation or Perwali as a legal basis for law enforcers to implement the physical distancing order.

Bima pinned hope the policy will encourage the public to be more disciplined and raise public awareness on the risks of their movement during the pandemic. So the PSBB could be adopted optimally.

Bogor Deputy Mayor Dedie Rachim said several sanctions to be included in the policy are social works, such as cleaning public facilities. The city administration, he added, was determined to avoid criminal sanctions.

“Sanctions are prepared to suppress violations of PSBB. We want non-criminal sanctions that have deterrent effects,” Dedie concluded.