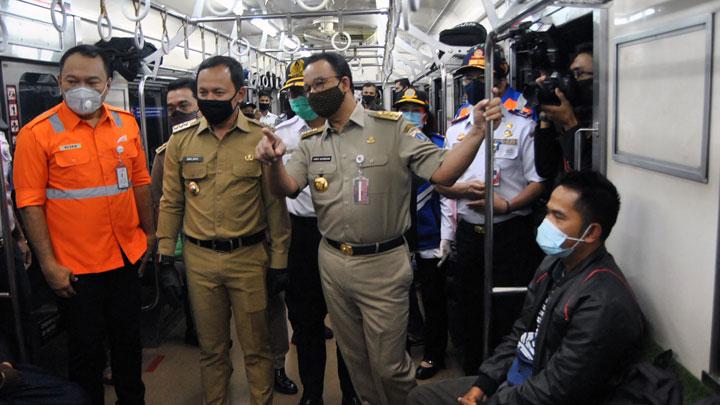 TEMPO.CO, Jakarta - Bogor Mayor Bima Arya said he had no plan to reimpose a total large-scale social restriction (PSBB). He argued such a policy was not necessarily effective in containing the Covid-19 pandemic.

“Bogor will not enforce the total PSBB again,” said Bima on Friday, September 11, 2020.

On Thursday, September 10, Jakarta Governor Anies Baswedan invited heads of neighboring regions, including West Java Governor Ridwan Kamil and Banten Governor Wahidin Halim to hold a meeting on the handling of Covid-19. Anies discussed his plan to re-implement the PSBB in the capital city.

Bima opined that relaxing the PSBB was surely in line with the hike in positive cases. However, there will be consequences followed by tightening it, that must be taken by the government. One of them is the economy.

The government must take responsibility by bearing the financial burden of people affected by the policy. Besides, the number of the regional Public Order Agency officers is limited to supervise the health protocols enforcement.

“I think there are many other ways besides imposing the PSBB,” said Bima Arya.

On Wednesday, Anies Baswedan announced Jakarta will be under the PSBB starting September 14, 2020. However, he has not yet released the detailed policy, pending on the coordination with the central government.